The Price is Right is a video slot game with 5 reels and 3 visible symbols per reel. This game offers 25 winning pay lines, with wins triggered by 3 or more consecutive matching symbols from left to right or when the “Big Wheel” scatter symbol appears on the first, third, and fifth reels. The three bonus features emulate the popular game-within-a-game themes from the eponymous game show.

During any base game spin, 3 to 15 “Wild” symbols may tumble onto the reels, transforming symbols on reels 1 – 5 into wilds. The “Wild” symbol is wild for all symbols except “The Price is Right”, “Showcase Showdown,” and “Cliff Hanger” symbols.

Spin the wheel for a chance to win the Showcase progressive or prizes ranging from 6 – 150 times the total bet. 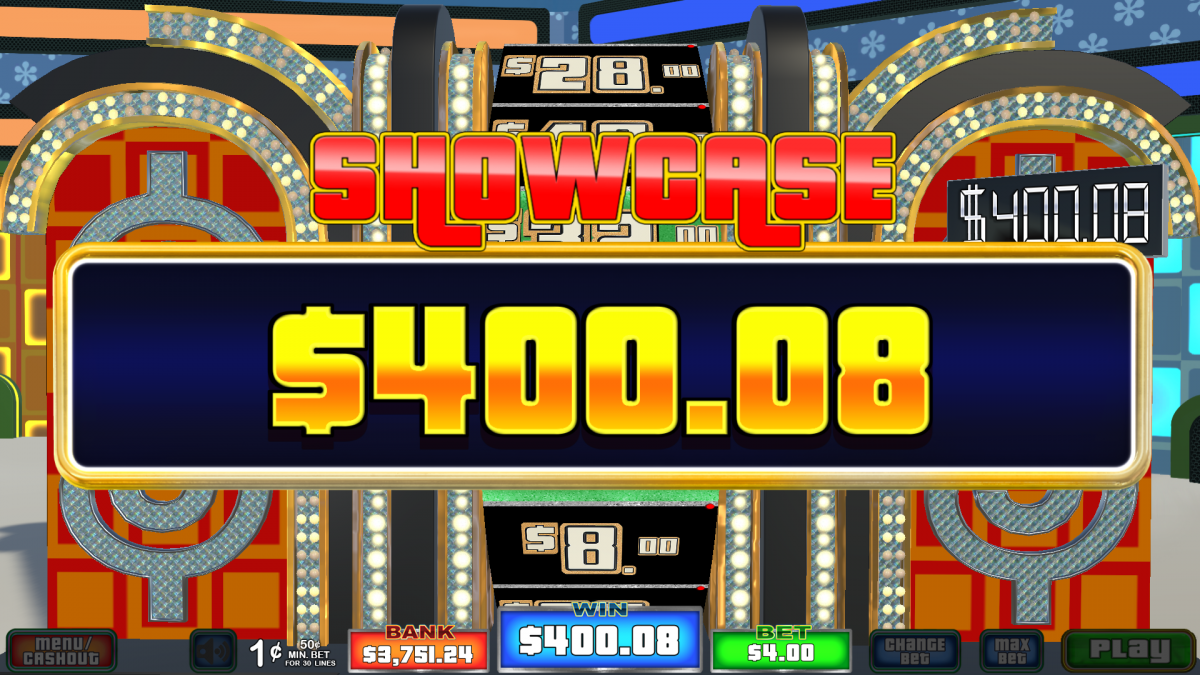 A maximum of 242 fever games that can be played, and the Cliff Hangers Bonus cannot be triggered during fever games. 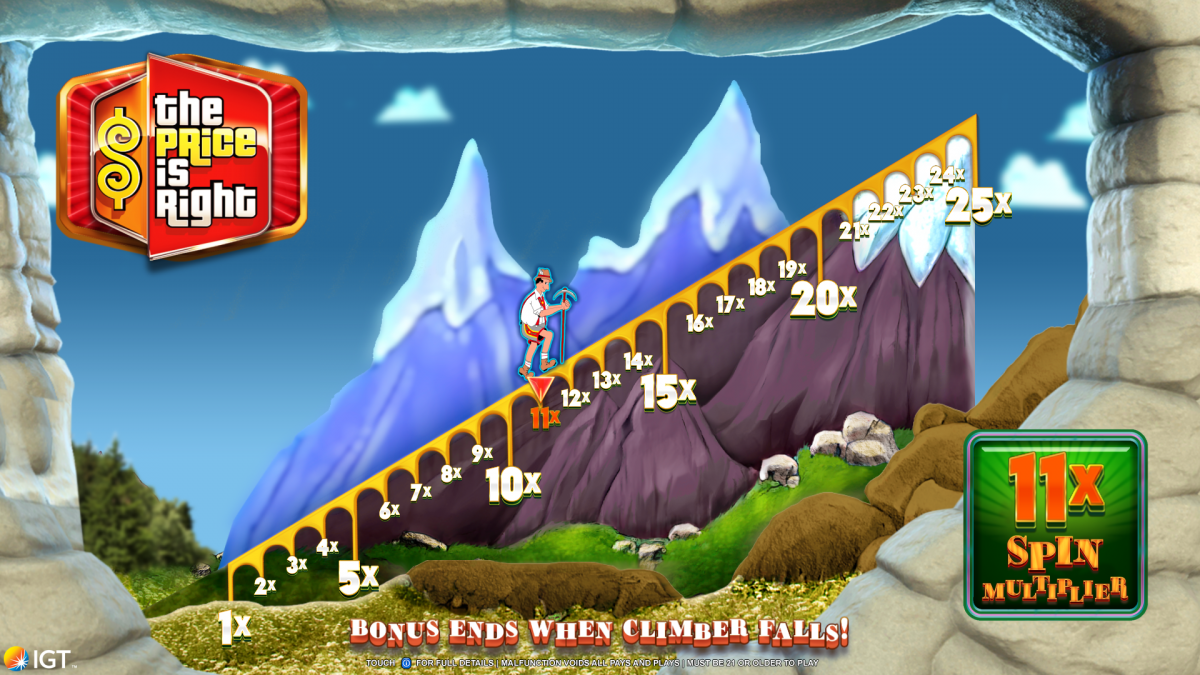 Interested in opening a video gaming location? We can assist you with navigating the legal procedures and completing the forms necessary to get licensed in Illinois. Our customer service includes qualified technical support, a back stock of gaming machines for quick delivery and installation, and marketing tools to maximize profits.